‘Bedouin Hospitality’ is a responsible tourism project of the Regional Council for Unrecognized Villages, an organisation which campaigns for the rights of Bedouin people living in the ‘unrecognised [by the State of Israel] villages’ of the Naqab (Israeli: Negev) desert. Bedouin Hospitality can arrange homestays in several different Bedouin villages and can tailor your stay to to visitors’ needs. For non-Arabic-speaking visitors there are English-speaking hosts, and some hosts can also provide full or half board, tours or talks on the situation for the Naqab Bedouin. Bedouin Hospitality can also arrange tours and meals without accommodation. As Bedouin Hospitality says:

“The Bedouin people are a historically nomadic Arab people who call the desert home and follow their flocks for sustenance. There are Bedouin in almost all Arab nations, and they are regarded as embodying the true essence of what it means to be Arab. In fact, throughout history it was customary for city-dwelling Arabs to send their children to the desert during the summers to live with a Bedouin tribe, so they could learn what it truly means to be Arab, an experience impossible in the city. They are also known for the eloquence of their language, and the culture of poetry recital among the Bedouin remains a staple of Bedouin identity.
In the modern world, however, the traditional Bedouin way of life is a threatened culture. In the Israeli state, the powers that be regard the Bedouin as an inconvenient relic of a forgotten past, and have taken measures to ensure that the Bedouin remain marginalized. There now exist 45 Bedouin villages in the Negev, the southern desert of Israel, where close to 80,000 people live without access to government-provided basic services such as water, electricity, and paved roads. The existence of these villages is the direct result of government attempts to destroy the traditional life of the Bedouin and settle them in cities.”

More information on the Regional Council for Unrecognized Villages is available in English here or in Arabic here. 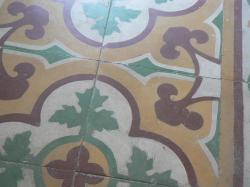