Jenin’s renovated cinema was re-opened with international fanfare and celebrities in August 2010, after German film director (‘Heart of Jenin’) launched a major fund-raising programme in association with government and community organisations. As well as the cinema and training courses, the programme also included the only accommodation in central Jenin, the new Cinema Jenin guesthouse.
Jenin is a city which has suffered immensely over the last decade, and visitors should not expect the scars of the Battle of Jenin and the refugee camp massacre of 2002 to have vanished. But it is still a city with an immense amount to offer, from the contemporary drama of the Freedom Theatre, to fairtrade organisations like the PFTA, or archaeological remains like those at Khirbet Belameh.

The hostel is located just a few yards away from the cinema, opposite Jenin’s main bus station. It’s a rehabilitated early 20th century villa, with lovely rooftop views (especially of the egrets heading off to roost at sunset) and has some gorgeous original patterned tile floors and stained glass windows. It offers a number of dormitories on the ground and first floor, as well as a small amount of private en-suite accommodation. There’s a shared kitchen and manager Ayman Nasri is incredibly knowledgeable and helpful if there’s anything you need to know during your stay. Via the guesthouse you can also arrange for private Arabic language tuition at extremely reasonable rates. 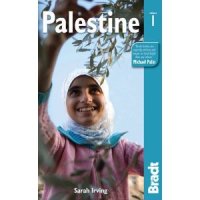